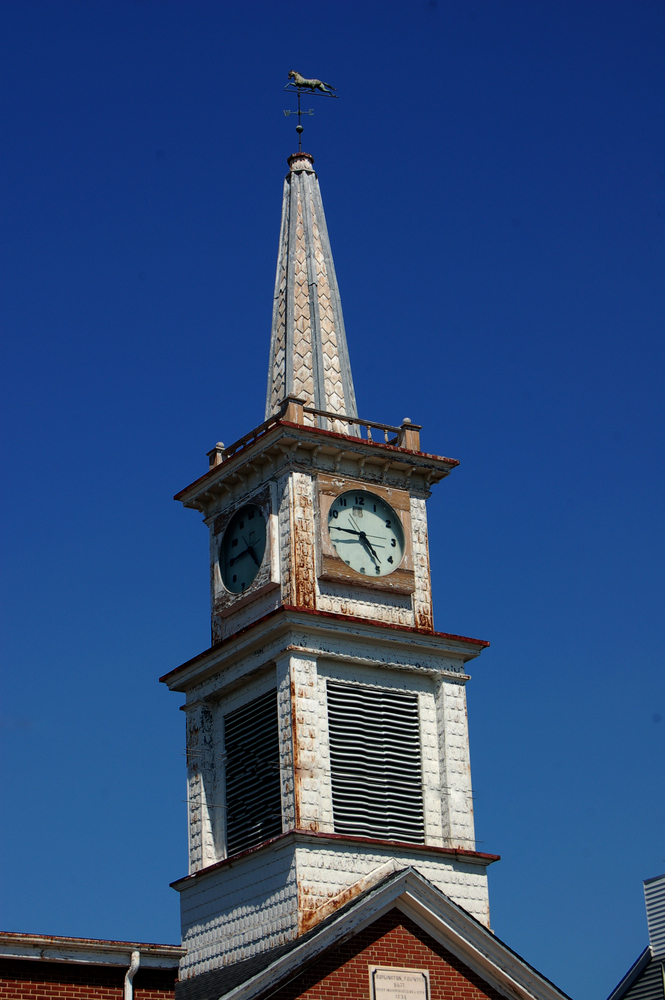 Burlington, NJ was once the capital city of West Jersey and the third largest port in the New World. Although times have changed tremendously, many of the historic buildings from the 1600 and 1700s have still been preserved and reside in the City of Burlington’s Historic District. In this Orchard Park blog post we are highlighting some of the notable buildings and sharing a little of their history. Sit back in your apartment and keep reading to learn more about your city’s history.

Built in 1685, the Revell House is the oldest existing building in Burlington County, and one of the oldest residences in the state of New Jersey. History and tradition suggest that this is the home where Benjamin Franklin was fed supper and sold gingerbread from a local Burlington woman as he was traveling on his way to Philadelphia. Funds from the annual Wood Street Fair help to provide funding to maintain upkeep of this historic home.

Located at 301 High Street and built in 1731, the Burlington Pharmacy is the oldest pharmacy in New Jersey still in operation. Originally owned by an abolitionist named Quaker William J. Allinson, it was once a center for anti-slavery activity in the city. Oral tradition claims that the tunnels under the building hid slaves as part of the underground railroad.

Originally built in 1856, “General Ulysses S. Grant brought Mrs. Grant and their children here in 1864 to avoid the physical conflict during the Civil War , and they lived here until the war’s end in 1865. Grant visited his family, amid great acclaim and celebration, prior to victories at Vicksburg and the Battles of the Wilderness.”

“In 1757 The Library Company of Burlington was chartered by King George II for founder Thomas Rodman and John Reading as chief officer. It is the oldest library in continuous operation in New Jersey, and has the distinction of being the seventh oldest in the United States.” The library continues to serve the public, now providing access to historical volumes as well as modern texts, internet access, and a new distance-learning facility.

Standing since 1781, “The Cooper House was the birthplace of America’s first true novelist, James Fenimore Cooper, author of “The Last of the Mohicans”, “Leatherstocking Stories”, and numerous other books about the American Wilderness.” The house has since been turned into a museum of sorts complete with furnishings and various items that once belonged to the Cooper family.

Don’t miss out on the opportunity to visit these remarkable historic sites and discover some of the exciting and intriguing past of Burlington, NJ. We hope you enjoyed our post. Thanks for reading!